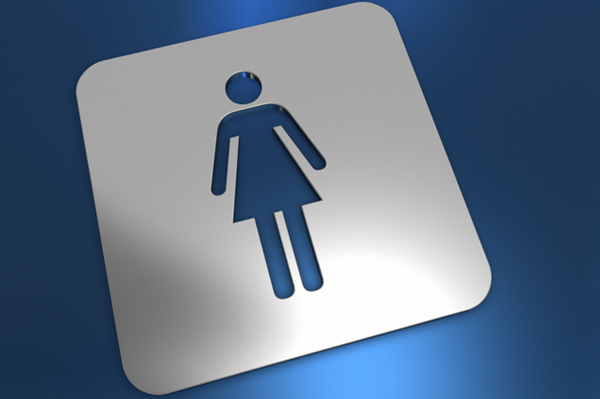 Loss of bladder control, or urinary incontinence, is a problem that millions of women face. The involuntary loss of urine can range in presentation; it can be minimal, from a few drops when you laugh, exercise, or cough. Or, it can be an accident when you suddenly urge to urinate and can't keep it in. Most episodes of urinary incontinence are the result of altered pressures or stress on the muscles and nerves that help you pass or hold urine in. Hormone changes can also affect muscle strength. Like your vaginal tissue, the muscle tissue in and surrounding the bladder and urethra (the short tube that passes urine from the bladder out the body) requires estrogen to remain supple and strong. When estrogen levels drop in menopause, the tissue around the bladder and urethra thin and weaken,which can lead to incontinence.

If you think you have incontinence, visit a professional to learn more about the variety of options you have for treatment. A professional can be your primary care physician, gynecologist, urologist, and even a urogynecologist. Your physician may recommend lifestyle changes such as limiting alcohol or caffeine intake, recording a voiding diary, or strengthening your pelvic floor muscles with Kegel exercises. Beyond this, therapies also include devices inserted into the vagina to hold up the bladder (pessaries), a variety of medications, and surgery if necessary. Your physician will also be the one to exclude other potential causes of bladder problems including infection and neurological damage.

To learn more about urinary issues or other symptomatology that arise during menopause, visit Northwestern's menopause website here.

PT for UI: Muscle training effective for urinary incontinence in women
Posted by Sharon Green on April 13, 2012 - 10:51am

A type of exercise called pelvic floor muscle training is effective for treating adult women with urinary incontinence (the involuntary loss of urine) without risk of side effects, according to a new report from the U.S. Agency for Healthcare Research and Quality (AHRQ). The report also found that drug-based treatments can be effective, but the degree of benefit is low and side effects are common.

"Urinary incontinence can affect women in a variety of ways, including physically, psychologically and socially—and some of these impacts can be severe," said AHRQ Director Carolyn M. Clancy, M.D. "This new report will help women and their clinicians work together to find the best treatment option based on each patient's individual circumstances."

Researchers concentrated on two kinds of incontinence: stress incontinence, or the inability to retain urine during coughing or sneezing; and urgency incontinence, which is an involuntary loss of urine associated with the sensation of a sudden, compelling urge to urinate that is difficult to defer. Both types usually occur when the urinary sphincter fails, often as a result of weak pelvic floor muscles, which support the uterus, bladder, and other pelvic organs.

Overall, the report found that the drugs reviewed showed similar effectiveness. However, with some drugs, more women discontinued treatment due to bothersome side effects. The report provides comprehensive information about side effects with each drug to help clinicians and patients choose treatments with the most benefits and least harms.

Researchers said that while there is much evidence on clinical measures for treatment of urinary incontinence, such as grams of urine lost, there are fewer measures of quality of life related to the condition and its treatments.  The full report and summary publications for consumers and clinicians are available  HERE

The FDA approved Botox injection to treat urinary incontinence (UI) in people with neurologic bladder conditions such as spinal cord injury and multiple sclerosis who have over activity of the bladder. The effectiveness of Botox to treat this type of incontinence was demonstrated in two clinical studies involving 691 patients. Both studies showed statistically significant decreases in the weekly frequency of incontinence episodes in the Botox group compared with placebo.

Injection of the bladder with Botox is performed using cystoscopy, a procedure that allows a doctor to visualize the interior of the bladder. Cystoscopy may require general anesthesia. The duration of the effect of Botox on urinary incontinence in patients with bladder overactivity associated with a neurologic condition is about nine months.In addition to its use to improve the appearance of facial frown lines, Botox also is FDA-approved to treat chronic migraine headaches, certain kinds of muscle stiffness and contraction, severe underarm sweating, abnormal twitch of the eyelid and a condition in which the eyes are not properly aligned. While not a FDA-approved for the treatment of interstitial cystitis (IC), the use of Botox to treat IC is becoming more common.

Will IC soon be added to this list of FDA-approved indications? Stay tuned.